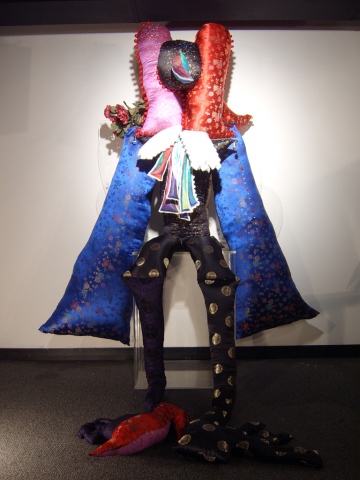 I respect Louis XIV a lot. Louis XIV was an individual who had the power to fulfill most of his desires, and who knew the way to effectively use it. The main evidence is Versailles. He built his heaven there, and ate whatever he wanted (even though he lost most of his teeth when he was around 40), made love with his beautiful mistresses, collected diamonds and other countries and brutally killed or punished whomever he hated. His wealth and high position helped his desires to be materialized. He sucked his people’s blood for his luxurious life, but he wasn’t kicked out from his throne unlike Zhou, the king who built the Wine-Lake and Meat- Forest finally murdered by his enraged subjects. Louis died peacefully. His life is the perfect example of a good life. I want to live just like he did. No, my life will be more luxurious than his. However, it is sad to say that 25 percent of my life (a fortuneteller told me that I will die at age of 78) has fulfilled only 10 percent of all my desires. I hope the remaining 75 percent of my life is not consumed with failure. Someday, I will achieve 100 percent. Louis XIV is my bodhisattva. I always pray to him to have a perfect life. The Louis XIV-Bodhisattva wears a huge wig and a nice coat that is adorned with diamonds like Louis XIV liked to wear in his Hall of Mirrors. It is wrapped itself with tons of various beads from head to toe like bodhisattvas who are carved or painted in Magao Grottos in Dunhwang. I’m going to make his body out of the highest quality silk that I brought from Korea and adorn him with uncountable kinds of fake plastic jewels (it is sad to confess that the fake jewels are really cheap in Korea). The Louis XIV-Bodhisattva is the bodhisattva of all desires. Every guest must praise it.