Waitresses are the people who pass out the pieces of bread and the wine glasses to the viewers who are participating in my orgy. The waitresses can force the participants to eat the bread and wine. Although they don't say anything, their facial experience and behavior show the people in the party how eagerly they want to feed their guests. The waitresses cannot use their voice to communicate. However, whenever the viewers approach them, a sensor on their costume enables them to speak through the speakers on their ears. "Children are the blessed fruit of the womb" is the only thing what their two ears can say. Each of the waitresses will wear a mask that looks like the fruit of the Tree of Knowledge (Nobody is able to figure out the shape of the fruit, but many painters have drawn it as an apple), and a womb-like costume. They represent Eve who took a bite of the fruit. Being dressed up as Eve, like she did to her husband Adam, the waitresses will offer their guest my flesh and blood. They also have a feature of ourselves who are consistently exchanging desires in society, for example, in school, restaurants, banks and churches. 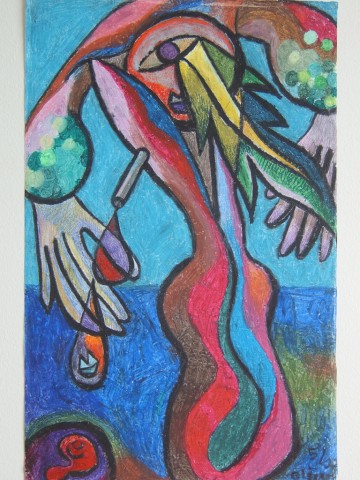 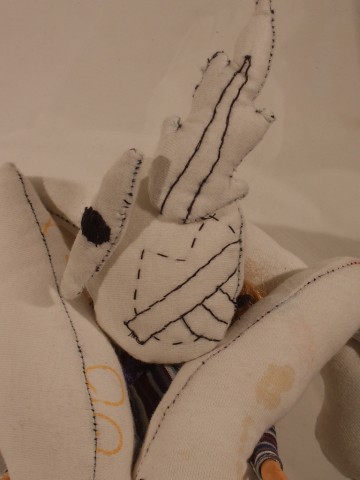 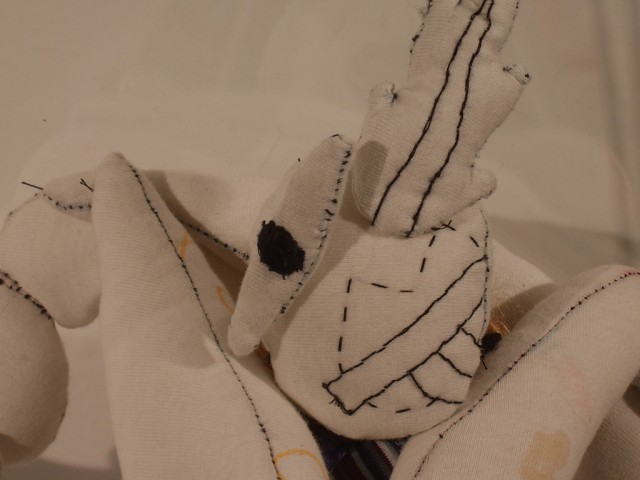 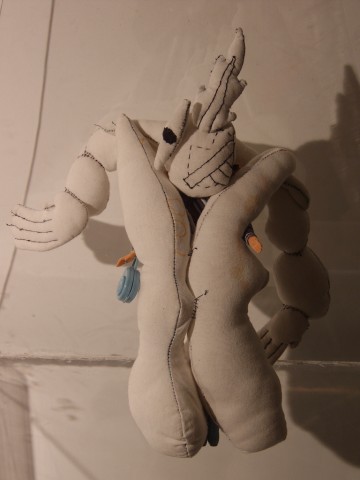