I'm small and my voice sounds like a baby, but I'm the most ambitious person in the world. Even if God says he can give me the earth, I will not be satisfied with it. To fulfilll desires much faster, I want to be a squid. The squid has ten legs, which is much more than humans have, so it can catch what it desires to have faser than I can. Also, it has superb sucking disks that never let whatever it grasps escape freely. I will become a squid in my Garden of Eden. Each of my legs will tightly hold the things that I wish to get which will range from visible items such as books, shoes, or the Nobel Prize to invisible ones such as love and beauty. I am going to make the Squid Woman out of cushions, so it will be a costume as well as a fiber sculpture. I will wear the heavy sculpture and do a performance in the red rain. Lying down on the table, I'll wriggle like my burning desires, and suffer by the weight of the squid-costume, which will press me heavier and heavier in the red rain. In my Wine-Lake and Meat Forest where only selfish animalistic desires exist, I will becom Jesus. As an incarnation of all desires, I will distrbute my flesh and blood to the guest in my garden. The bread, just popped out of the toasters on the table is my flesh, and the red wine that pours like rain is my blood. 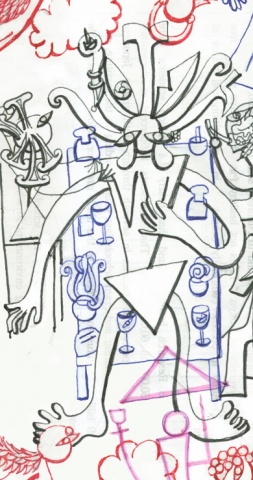 The Drawing of the Squid Woman 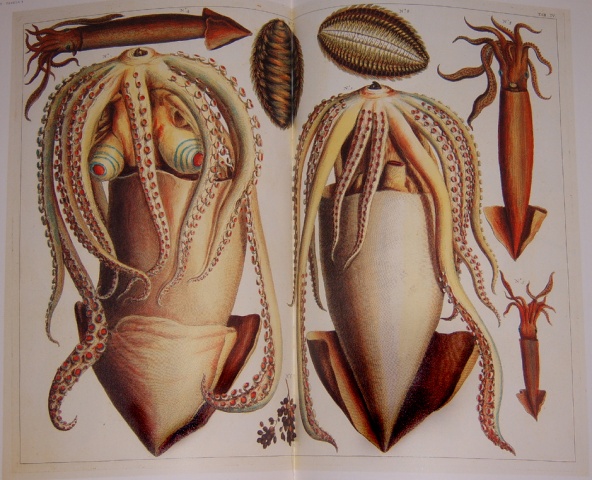 The Inspiration of the Squid Woman 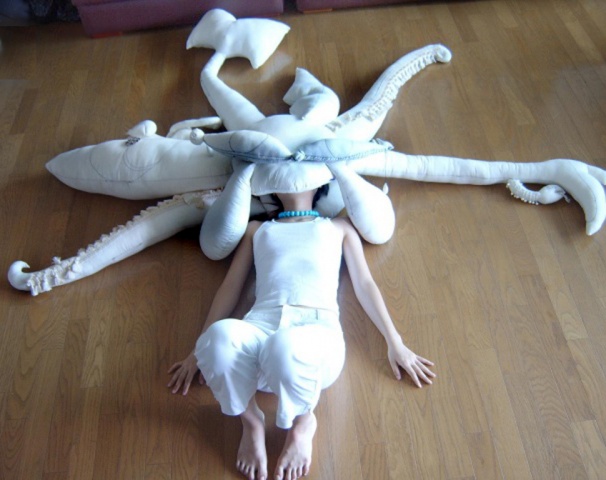 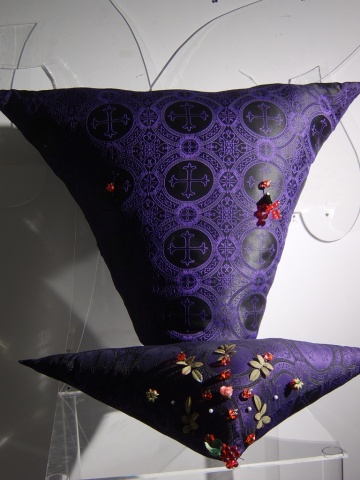